As of June last year we’ve been supporting Guide Dogs UK and helping out by sponsoring one of their pups in training. We’ve been lucky enough to have been matched with Zeb – you can read about his training so far here.

In our third pupdate, we’ve found Zeb to be settling in very well with his walkers, Jim and Hazel. He’s been interacting with others a lot more in recent months, especially on public transport. Buses and trains are 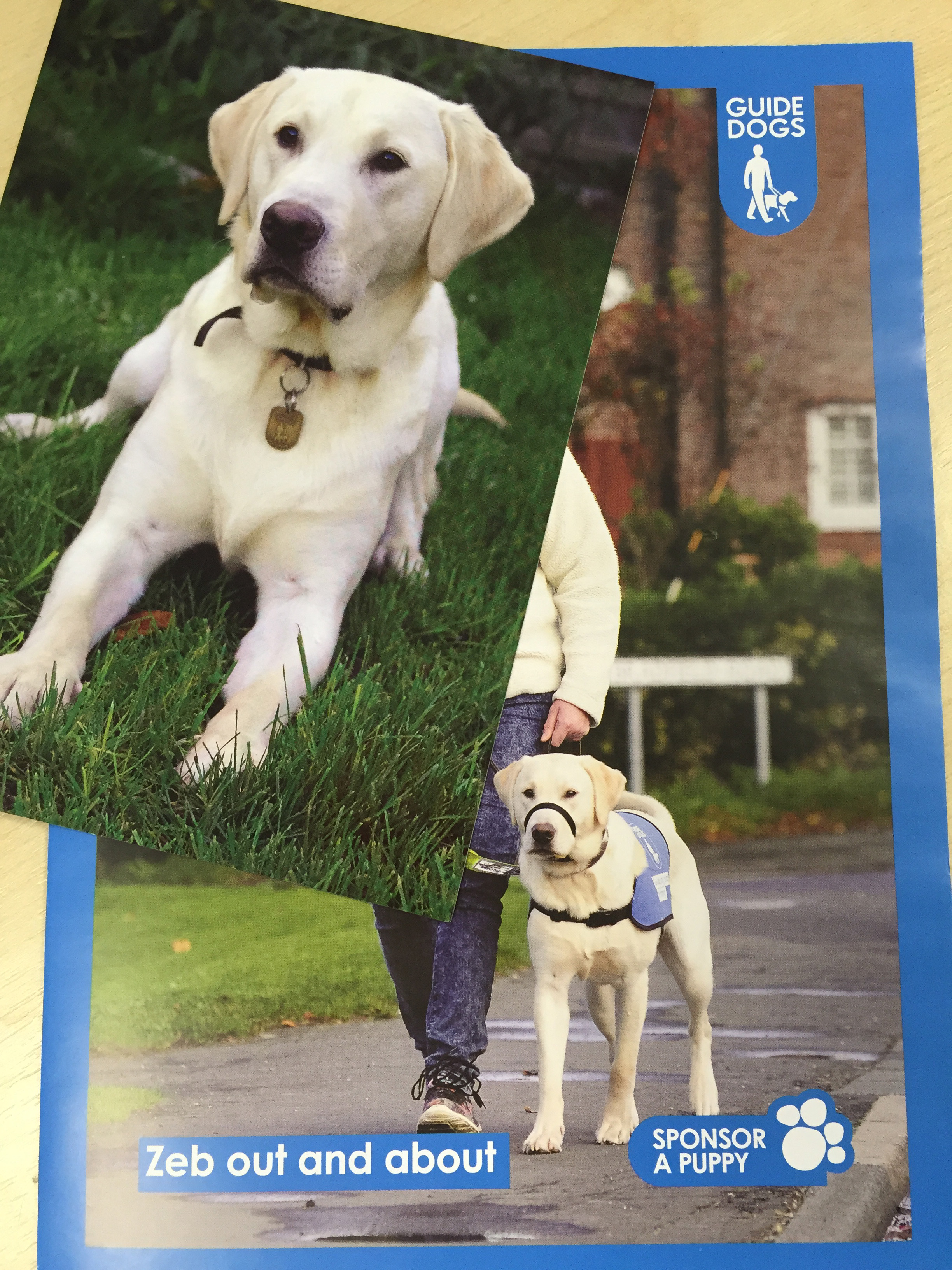 an important way of getting around, especially those who suffer with sight loss, and the possible distractions don’t seem to faze Zeb at all.

Zeb has also been introduced to a regular routine. He gets taken to the docks and a local primary school at least twice a week to help him get used to different noises and smells. The school children love meeting a puppy with such as special job and Zeb loves the attention! Most importantly, it’s proving how calm and well-behaved he can be too.

His walkers, Jim, Hazel and their children all take turns in walking Zeb and it’s crucial that he gets used to different handlers. His future owner could be any height or walk at any speed so it’s important not to get used to one particular person.

Zeb has been described by his trainers as “obedient, happy-go-lucky with a little bit of cheekiness – just a normal dog!”. His Puppy Walking Supervisor says Zeb is spot on in terms of his training. We can’t wait to see how he’s getting on in our next update.

In the meantime, check out our Twitter and Facebook pages for more updates on Zeb and what OmniCom are up to.

This website uses cookies to improve your experience while you navigate through the website. Out of these, the cookies that are categorized as necessary are stored on your browser as they are essential for the working of basic functionalities of the website. We also use third-party cookies that help us analyze and understand how you use this website. These cookies will be stored in your browser only with your consent. You also have the option to opt-out of these cookies. But opting out of some of these cookies may affect your browsing experience.
Necessary Always Enabled
Necessary cookies are absolutely essential for the website to function properly. This category only includes cookies that ensures basic functionalities and security features of the website. These cookies do not store any personal information.
Non-necessary
Any cookies that may not be particularly necessary for the website to function and is used specifically to collect user personal data via analytics, ads, other embedded contents are termed as non-necessary cookies. It is mandatory to procure user consent prior to running these cookies on your website.
SAVE & ACCEPT
Scroll to top